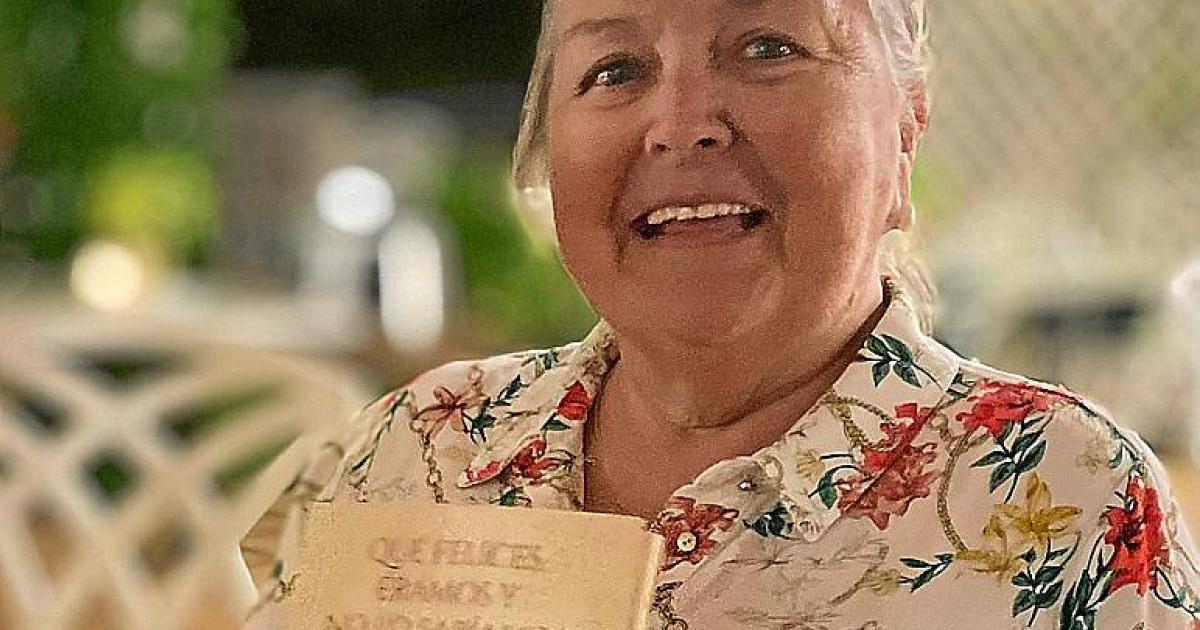 Manuela de la Vega She is the eldest sister out of 12 siblings. Unlike those, she is still celibate and without commitment. She lives alone, “although I am never alone. Now, for example, two of my nieces have come to visit me. As for the others, I know that my father is very well looked after in the house he lived in with my mother until her death, and that he Every day he receives a visit from one of his sons, who stays with him at night, to sleep., a brother, so he is never alone. Moreover, since I am only two minutes away from his house, I shall see him often. Yes, it is a good remedy for me and him both Whether, I go to see him often.As for the other brothers, I call them, we even have WhatsApp, and I think about them constantly.

Despite the ailments she is recovering from, Manuela admits she has had wonderful years. “Yes, I was fortunate of my generation to be able to live happily and enjoy life, and from the age of 40 to 64 I was a doctor, but that did not stop me from being a very happy woman… I still am. Because the years I lived with my family were also wonderful .

As we indicated at the beginning, Manuela is still single. “Why…? Well, simply because no one asked me to marry him, and because I didn’t need anyone, well, that’s how I go on… I mean if I found that person, I would marry her anyway. Because I have friends …One, the longest, lasted three years. And I’m already saying, if I don’t marry it’s because they didn’t ask me.”

But nothing happened either by not marrying, because among friends, work – he won the opposition of the General Traffic Department, where he worked practically all his life – family, a growing number, parties – here he points to some places he frequently accustomed to, such as Polka, And Club de Mar, and Índigo, and Joe’s, and Gomila in general, etc. – “I was living a very happy life, with occasional illness, but happy.”

And over time, because of those illnesses, they gave him the ability to work. “And since I was bored of doing nothing, I got into Alcer. Those were the times when little was said about this association and its purpose: organ donation. And I was responsible for introducing her, especially her work, and stressing wherever I went the importance of organ donation, because thanks to them other lives can be saved. For this reason, I must thank all the people who helped me promote this association, from such important and world-famous figures as Rafael Nadal, to the most unknown of people. They all contributed… Later, I also joined Adiba (Diabetes Association of the Balearic Islands), where I spent fifteen years. Those were the years in which I had a great deal of power to ask politicians for things for the benefit of these two associations, the years I traveled, took courses, met people…they were unforgettable years for all of that…».

physical problems? He had, of course. and even drag some of them. But, due to his optimism, strength and desire to live, he gradually overcomes them. Thus, in 1999, his kidneys and pancreas were transplanted. In 2020, the transplanted organs refused, but five months later she underwent a kidney transplant. Later, in the same year, she contracted COVID, hospitalization for 29 days, which left her with osteoporosis, which affected her movement. “But I’m still there, thinking that everything can be overcome…”.

What’s more, despite her physical problems, which did not take away her sense of humor or her desire to see life in its most positive aspects, Manuela had the time to write a picture book about her extended family, which bears the title. How happy we were and didn’t know it. “It is a book I wrote in honor of my mother. A book of my memories and the years I lived in them. Wonderful years, full of discoveries and beautiful things that made us happy and that we might not have known. Years when things didn’t go as fast as they do now, years when we shared them more. Years, at least for me, with many memories, among them … What do I know! In the summer, when we were young, after watering the porch at home, we drank together pa primary. Or before going to bed, we’d tell stories. Or when we taught my grandfather to play chess.. the championship tournaments we held among the brothers! Or when every Wednesday they give us pesetas so we can go buy trinkets. Or how my mother made sure that the twelve brothers were always friends; Twelve brothers, each with a notebook, in which he wrote the medicines we took and everything related to each of us. Or how my dad used to travel from Aranjuez to Valencia on a Vespa, then take the boat to come to Palma… So many memories…! Well, with so many pictures, especially of my family, is what I wanted to think through sixty pages: that we had wonderful years and sometimes we didn’t realize them, and now, when we remember them, we see that yes, that they were.”