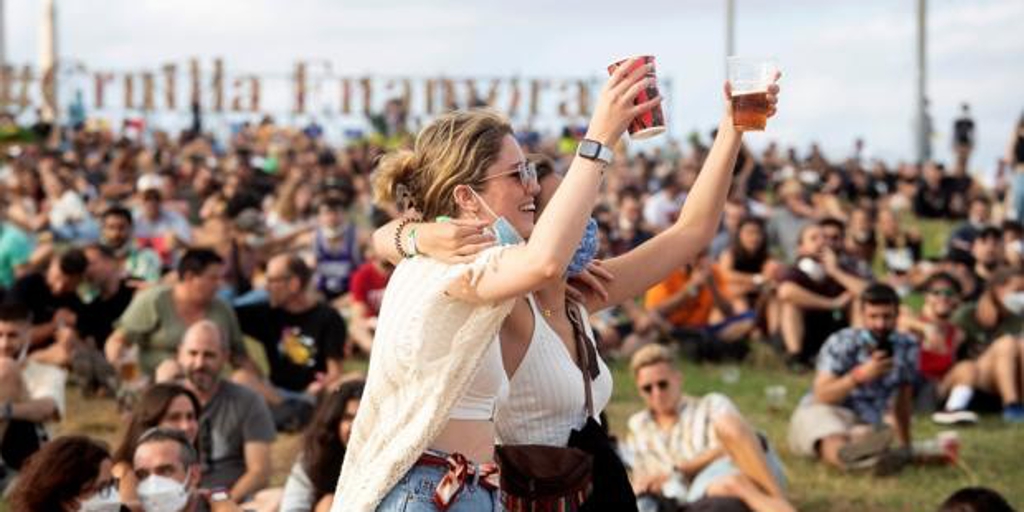 comeback season outdoor music festivals, without masks or social distancing, is somewhat uneven due to the succession of last-minute cancellations and complaints of poor organization of some of these events. But she also lives with an irrepressible desire to party for the two years we’ve been waiting to gather in crowds to sing and dance with our favorite groups. However, how is this euphoria felt in the consumption habits of big summer concerts?

The first interesting fact is that high subscription prices and the current economic situation mean that festival-goers are not here to shoot rockets in terms of expenses. According to a study conducted by global market research platform Appinio, 43 per cent of Spaniards who have attended or will go to a festival this summer say they have spent or will spend less than €100. 32 percent stated that their expenditures are between 101 and 200 euros, while 3 percent stated that their spending was or will be more than 500 euros.

Although most of the festivals that canceled their version this summer claim it was due to a lack of qualified materials and staff, some admitted it was because they didn’t sell enough tickets to make it workable. And in this aspect it can be said that there is clearly a bubble due to oversupply, because the data reveal that “festivals”, if any, do exist in abundance. According to the study, seven out of ten Spaniards had attended a music festival in their lifetime. And this year, Four out of ten Spaniards between the ages of 35 and 44 will attend at least one festival throughout the summer, and if we lower the age to the 25-34 range, the number increases to fifty-five percent. In other words, more young people who will go to a festival this summer than those who will not go to any festival. “The boom of festivals for a few years is undeniable; And the demand does not stop growing, ”says the authors of the report. “The diversity of musical styles, themes, environments and locations is so wide that it has been able to satisfy the desires and preferences of almost all Spaniards of all ages and tastes. Precisely for this reason, he will attend several festivals of sorts this summer. , either with their friends, spouses, families or on their own.It has also been proven that music festivals have become one of the most sought after activities by all Spaniards, especially in the summer: almost 7 out of 10 Spaniards have attended a music festival at some point in their lives ».

Another relevant aspect to consider when analyzing festival season data is its impact on the tourism industry. In this sense, the study analyzes the type of accommodation in which the attendees reside and reveals that 34% of Spaniards choose the comfort of staying in a hotel Or in a hostel, compared to the 15 percent of those surveyed who would rather stay in an apartment or at the festival camp site itself. 10% stay with friends or relatives, 3% in a truck or motorhome, and 13% improvise on the go. There’s also ten percent who say they don’t need a place to sleep. 44 percent go to a festival with their friendsfollowed by those who go with their partners (40%), family (11%) and singles (5%).

On the other hand, more than half of Spaniards estimate that the festival has a pronounced summer atmosphere: 54% prefer to enjoy festivals that take place in the vicinity of the beachcompared with 33 percent who prefer those that occur in nature or 31 percent who choose more urban settings.

The study analyzes another interesting element, What kind of music do Spaniards care about most at the festival? Four out of ten choose pop music, followed by Spanish pop-rock (31%), rock (27%) and Latin/urban music (23%). But in addition to the type of music and the environment, there are other aspects to consider when choosing one or another festival: Value for money (57%)Venue security (45%), festival environment (42%), restroom service (41%), festival poster (33%) and level of cleanliness (32%) are other factors that are usually considered.