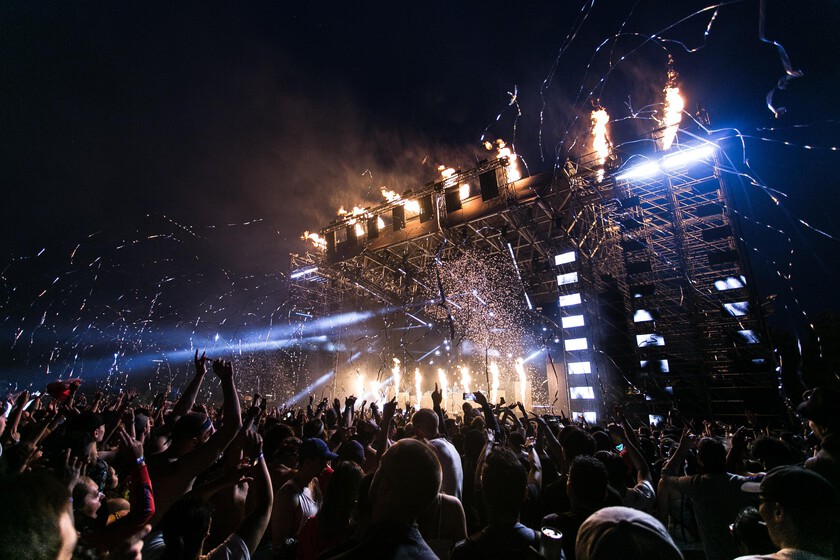 The music industry has been one of the industries hardest hit during the pandemic. Two years of sporadic activity between wave and wave has limited activity at all levels, from the smallest theaters to large festivals. The pandemic has affected the way we enjoy music but it hasn’t taken away our desire to enjoy it live. This leads us to ask ourselves what is the theme of live music that we cannot give up.

Synchronous dance.
Man is a social animal in the first place. This is why it is not surprising that collective listening to music affects us so deeply. Lucia Vaquero Zamora, a neuroscientist at the Complutense University of Madrid, recently compiled in an article some studies that have indicated the importance of the social component of live music, in order to give context to this relationship.

One conclusion that can be drawn from this text is that our environment influences how we perceive music, and a concert or festival environment can be conducive thanks to this social component. In this context, the danceability of music will also have an impact on how we perceive it and how we relate to our surroundings.

The key may be in timing. Music makes it easy for whole groups of people to navigate the same beat. This synchronization will have a psychological effect, and will be able to enhance trust between people, a sense of belonging and cooperation. Come on, listening to music together brings us closer.

An evolutionary question.
Vaquero Zamora says the music will act as “a facilitating element that invites us to move to its rhythm and interact with our male colleagues”. It is not clear what the origin of music is, but it is clear that it accompanies us for thousands of years (at least 40), and for most of history, listening to music has been a collective act. Sometimes ritualistic (let’s think of sacred music) and sometimes purely social (like opera in its golden age).

It won’t be until playback devices become popular that music enters our homes and can become another element of our private lives. However, live music never came out. Perhaps because, as Vaquero Zamora points out, in speaking of festivals, they can be considered ” [un rito moderno] Where the music returns to occupy its original role.”

The Neurochemistry of Music.
Not only external conditions affect our musical experience. Neurochemistry has a lot to do with how music gets to us. Music has been linked to hormone levels related to our well-being. An example of this is the decrease in cortisol levels detected in participants in a study conducted in 2013. This decrease occurred regardless of the stated taste for music, that is, if the subject corresponded to the participants’ musical tastes or not. participants.

A 2012 study examined the relationship between oxytocin and vasopressin secretion in individuals with Williams syndrome, a condition that, among other behavioral effects, causes sufferers to have a unique predisposition to music.

Noise.
Not all advantages of concerts. As much as we adapt to listening to music, our ears have limits on the volume we can hear. Hearing impairment is known as hearing loss, and it can occur due to repeated exposure to sounds at large volumes. This exposure can also cause tinnitus, which is a long, uncomfortable ringing in the ears.

Energy consumption.
Music festivals have become another feature of summer, such as beach, beach bars, and folk festivals. But this way of listening to live music also has its problems, which is that music festivals have become fairs where music occupies a major place, but is accompanied by a lot of entertainment. And all this combination includes a large consumption of energy.

In the current context, the impact of rising energy demand may worry us, but in the long term, perhaps the carbon footprint of these events is the variable to watch. It is clear that the electrical consumption of lighting and sound equipment is high, but to this must be added the consumption from displacement, assembly, disassembly, waste treatment, etc. Anyway, it looks like we’ll have to wait to see what the carbon footprint of this season’s festivals will be.

The Economics of Live Music.
Modern music festivals have millionaire budgets and can also have a millionaire impact on the region’s economy. The economy of music festivals is complex, ranging from the subsidies they receive, ticket prices, salaries for artists and workers, side effects on the tourism and environmental sectors… in addition to the shadow economy that can appear in these festivals. environment.

However, live music on a small scale has its own economy, affecting concert halls, public bodies, consumers and artists. Only cities with vibrant scenes can attract tourism thanks to music on a small scale (surely an example would be New Orleans), many other aspects of the economy are closely linked to the local economy.