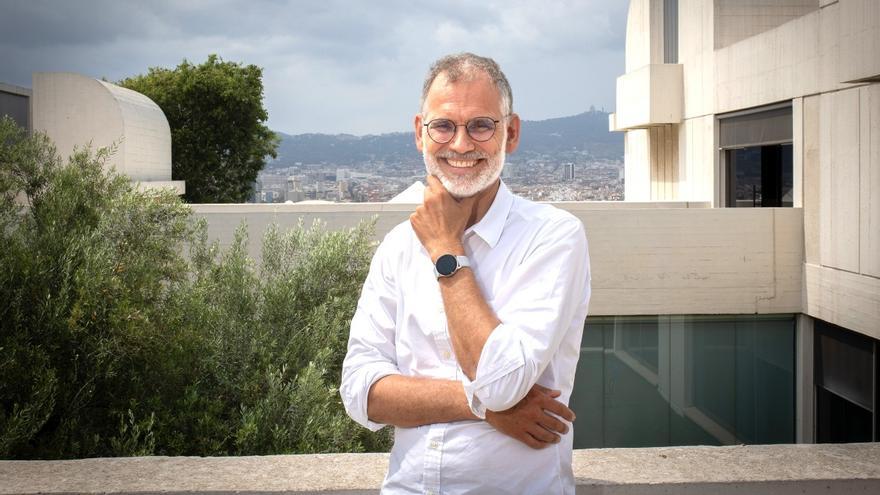 Fundació Miró has gone through some difficult years for its survival, a crisis that began before the pandemic. Solved? When I arrived, I found a complicated situation, which we resolved in 2019 with some strong and robust interventions that helped us close the year with our first visitor growth since 2011 and a positive vision for the future. In January 2020, we were clear that we had turned the odds and the pandemic arrived, so came two complex years for the whole sector, for people at the individual level and for society in general. I think we are now in a better position and the direction towards resuming activity.

Is there a return to normal? I try not to talk about getting back to normal because it wasn’t normal before. In many respects it is the same but there are differences. For example, the local audience has accompanied us a lot during the epidemic, it has grown. I’m very happy with this loyalty and their continued presence, it’s a noticeable and important change, although that doesn’t mean we have more local visitors than international visitors. Another example is that the Asian audience is not yet back, although it will certainly end up being one, an audience that has a lot to do with Miro’s work.

“The local audience has accompanied us a lot during the pandemic, and has grown, and I am very happy with this loyalty and their continued presence”

Where does this convergence come from? Miro was highly regarded for Asian culture, arts, and philosophy, and this creates emotional, intellectual, and cultural bridges between his work and Japanese, Korean, and Chinese audiences. This helps a lot not only for the institution but also for Barcelona because visitors from Seoul or Tokyo find Miro’s work a bridge that provides them with a personal and emotional approach to our culture. This makes us a gateway to a much better understanding of what is happening here.

Complaining about overtourism is general in Barcelona, ​​but the establishment lives on from the foreign audience, so how do you handle that? 75% of our audience is international. The matter must be dealt with in a complex manner. We have made proposals to the Ministry of Industry, Trade and Tourism, the Ministry of Culture and the City Council to advocate for the importance of culture as a driver of tourism recovery and the generation of a sustainable tourism model. If we can ensure that, with proper promotion of culture as a key factor in visiting Barcelona, ​​tourists spend an extra day instead of the current average of two, we will have more visits to museums with the same number of overnight stays. It stays with a decrease in the impact caused by travel. If everyone stayed a little longer, it wouldn’t be necessary for more people to come to get the same tourist career. And more museum visits means a better understanding of the culture and the complexity of our ecosystem. In short, giving more elements to international visitors so that they have a 360-degree experience that includes all the elements: gastronomy, sports, entertainment, beach, museums… In this way, the tourism model can be easily achievable.

Do you share the idea that Barcelona is in culturally low hours? Barcelona’s cultural world is very active and powerful. When we talk about cultural activity in Barcelona, ​​we compare ourselves to institutions in Madrid that are funded on a national scale. We have to restore this support at the national level, and in this sense, I am a big defender of the status of cultural and scientific capital because it is the most logical tool for aligning the budgets of all cultural institutions in Barcelona, ​​not just with the budgets of cultural institutions in Barcelona. Madrid but also with other cities in Europe that are not capitals, such as Amsterdam, Munich, Hamburg, Lyon, Marseille, Bologna, Milan and mldr; We are very fortunate in Barcelona to have three institutions dedicated not only to preserving the legacy of three great creators of the twentieth century: Miró, Picasso and Tapis, but also to presenting new works of contemporary art in the context of these three great artists. . It is one of the strong points of the city’s culture. Citizens and administrations should do everything in their power to consolidate this wealth

The demands of movement and security in Montjuïc are repeated by the cultural agents of the mountain. What is there to do? For us, being in Montjuïc is a strong point, it puts us in an urban nature park, it allows us a wonderful relationship between art, architecture and nature, which I do not want to change for anything. However, it is the responsibility of the City Council to manage the entire urban context of the city, Montjuïc but also Raval and Sarria. We want public transportation that works well and is regular, that is, it is not out of service for more than one month per year and every five years for six months [el funicular]It is an unbearable situation. Park safety and care are important, and they need to be done well, and better than what is being done.