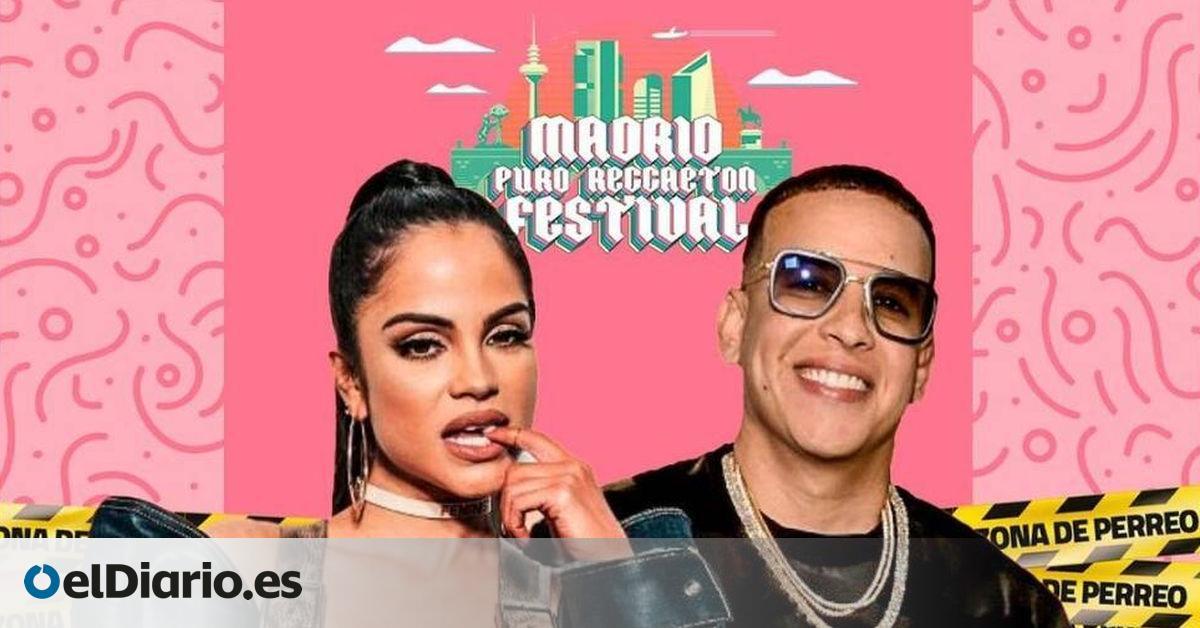 The desire to organize was imposed and the festival bubble eventually ended up bursting. This summer, more than a thousand music events have been organized across Spain, a number caused by the interruption of the two-year pandemic and the need to revitalize live music. Before starting, intuition said there is no audience for everyone. There are no workers. But some irregularities have been added to this miscalculation by regulating companies which, ultimately, have an effect on the same thing: the consumer’s pocket.

Malaga Mad Cool Festival, a target of criticism for changing the beach to asphalt

To the cases of cancellations for not reaching the minimum number of tickets sold are added those caused by a lack of foresight and unfortunate management. This also affects posters, dates, and locations that have undergone last-minute changes. Finally, the conditions of many festivals have sounded the alarm to consumer platforms due to their “offensive” nature.

“This summer is amazing because of a statistical issue: the more festivals there are, the more likely there are problems,” explains Myriam Vivar, an attorney and spokesperson for OCU (Organization of Consumers and Users). “It’s a mathematical question, but it can’t be an excuse to apply the offending clauses,” qualifies the expert. Ruben Sanchez, Facua’s general secretary, agrees that “there are a representative number of irregularities going on” which keeps them very busy from their platform. Festivals swing into scandals every week, some by mistake and some by legal fraud.

O Son do Camiño, held in Santiago de Compostela, sounded the alarm as the main platform collapsed on June 12, injuring several workers. “There is a shortage of iron, equipment and professionals,” Paco Lopez, president of the Association of Artistic Representatives of the Show (ARTE) warned of the main shortcomings that could affect an event-saturated map. Although Festival and Xunta blamed the winds, the truth is that professionals migrated through the profession with the pandemic and many have not returned despite great demand.

This was only the first result of the massive suffocation and event that opened Pandora’s Box bringing together thousands of affected people. Organizations teach how to move forward in the face of each of these irregularities, where to go and how not to lose hope or patience. “Let’s see if we all manage to ensure that what happened this summer is not repeated in the following,” encourages Vivar.

The most drastic and least likely solution that some festivals find in the face of problems and unexpected events is final cancellation. Rubén Sanchez refers to the Madrid Puro Reggaeton as a transcendental affair. A few hours before the ceremony, on July 15, the event that promised to host Daddy Yankee’s last tour in Madrid was canceled with 38,000 tickets sold and people queuing for two days.

Some reported that they lost up to 600 euros (300 for tickets and 300 for transportation and accommodation). There were people who not only traveled from different parts of Spain but also traveled from abroad to attend the Puro Reggaeton. Rubén Sanchez states that he is entitled to “claim damages” from the organizer, as well as full compensation for tickets.

The Community of Madrid rejected the request to hold the festival at the Wanda Metropolitano stadium “because it is out of date (that is, it has not been delivered on time, and in addition poses a danger to the safety and movement of people”). Facua understands that failure to comply with security requirements is company negligence, and although it blames the Community of Madrid, it is responsible for canceling the event. Something similar to what happened on July 28 in Tenerife with the Reggaeton Beach Festival and 20,000 people in the air.

The city council of San Miguel de Abona disavowed its celebration 48 hours before the start. This time it was the Council who made the decision after verifying that the security measures and the documents provided did not meet the necessary requirements. In the OCU they indicated that in these cases the reason for cancellation should be checked: “If it is a matter of force majeure, it is not volatile.” For Myriam Vivar, the two companies are “yes or yes” to blame.

“Everyone knows what negligence or hard work is, and if your security plan fails or you don’t submit documents on time, that’s negligence,” the attorney warns. The case of canceling the diversity of Valencia, which did not sell enough tickets or special sponsorship to be able to fulfill, is different. In his case, all approval came from the Valencian administration. However, the procedure is the same when returning tickets: “Our recommendation is to request a refund from the organizer, and if you do not get a refund in accordance with the law, you should file a complaint with the General Directorate of Ticket Consumption so that it can investigate and, if so, impose penalties.”

The label, date and location change at the last minute

The Madrid Puro Reggaeton is a typical case because, prior to the cancellation, it had already been subjected to numerous infractions. He had a plenary session to change the date (initially it was scheduled for June), the poster (they made the artists disappear without properly announcing it or providing explanations) and the location (three days before the start, he moved from Caja Magica to the Wanda Metropolitano stadium) . But he wasn’t the only one.

“Changes to the label that have not been notified can be claimed, not only for the fare, but also for the additional damage they have caused,” warns Miryam Vivar. “Now, we must evaluate whether the change of location is justified or is it an essential feature of the contract,” Teams said. This is not the case for Mad Cool’s Andalucía Big Festival, the coastal version of Madrid’s total festival. One of its main claims was that it would take place next September at the beach, but that changed last week.

Although they justified it as such, the change is not so much about the convenience of attending but the difficulties of getting permits to celebrate an event with these properties on the beach. Mad Cool expects at least 30,000 attendees per day to a land marine public space, which requires, first of all, an occupation permit from the Regional Delegate for the Environment.

Facua understands that because it’s a “material change,” consumers should be able to get a refund for the price they paid, but from OCU they aren’t clear. “The judge may look into the matter for you and you can get your money back, but it’s such a new case that there are no regulations, let alone jurisprudence,” Vivar laments.

Consumer advocacy platforms have been working for years on a single regulation that regulates the entire festival market because, as an OCU spokesperson warns, “organizations are taking advantage of this sea of ​​regulation to make their head a jacket.” Which leads them to denounce the recent violation, which in some cases amounts to the classification of illegality.

The new backbone of consumers in the summer festival of bracelets cashless. This piece of cloth with a microchip, which is used for moving inside the can, drinking and eating, is often accompanied by offensive clauses that could break the law. Such is the case of Mad Cool, held in the capital from July 6-11, which was denounced by Facua and OCU for forcing management to return the money for their bracelets. They persecuted Primavera Sound and BBK Live for the same reason.

“Consumer protection law prohibits arbitrary payment commissions, as well as the use of a single payment method (bracelets in this case). There is no choice but to pass it on to the administration,” says Miriam Vivar, predicting that they will condemn the Monegros festival in Valencia, which begins on July 30, For the same reason. “It is a bit difficult to move forward because they have already bought tickets. They are forced not to go or go through abusive conditions,” the spokeswoman summarizes.

Restrictions on the entry of food and drink are illegal

As well as the prohibition of bringing food and drink inside the festival, not even water. “Restrictions on the entry of food and drink are illegal. Catering establishments can do that, because it is their main business, but a concert cannot,” says Ruben Sanchez. We always report but the departments don’t act with hard fines, so the sector continues to do so. And even if there are penalties, the amount may be so small that it’s worth it to keep committing fraud because they’re making money,” he regrets. That’s why so often these matters end up being resolved in court.

Miriam Vivar agrees with Sanchez that regulated firms play a draining role, which is why she encourages them to go to OCU or Facua, who have legal advisors and direct channels and can act as intermediaries between the regulator and the consumer. More than not losing hope, the attorney believes the key is persistence.

Remember that it is a free procedure that consists of “writing a page of what happened to you, why it is offensive and what you are asking for back”. “You always have to claim, no matter how little they owe us and no matter how much trouble they cause us. If it is not the movement of all affected, they manage to make it something left and a minority and things do not change.”