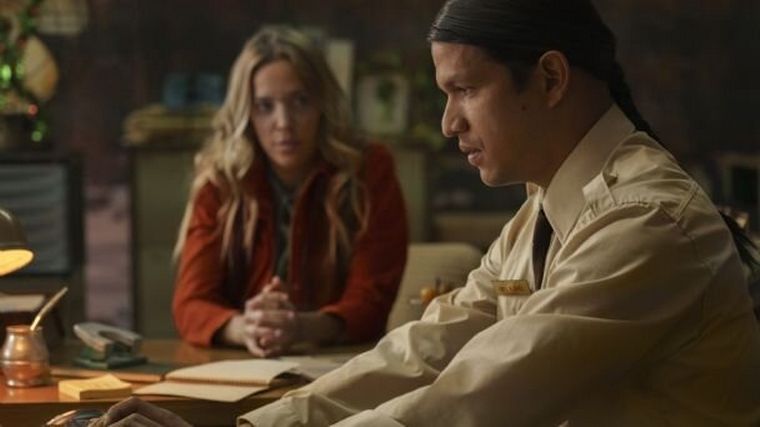 Netflix has just released the western thriller “Pipa” in which the duo of Luisana Lopilato and director Alejandro Montiel complete the trilogy that began in 2018 with “Perdida” and “La corazonada” (2020), based on the saga “Crimes of the South” by Florencia Echiff, Author of the books “The Virgin in Your Eyes”, “The Hero’s Daughter” and “Cornelia”.

In this third episode, Manuela “Peppa” Bellary’s character quits her job as a detective in the complex crimes department. And her aunt, Alicia (Paulina Garcia), who is aware of the difficult time she is going through, rescues her and takes her to La Quebrada, a small and simple town in northern Argentina, where she has lived secluded for years, accompanied by her son Tobias (Benjamin del Cerro).

The appearance of the corpse will drag her, once again, to the places she thought she had escaped and will force her to resume her skills as an investigator.

Although the film shows the action in La Quebrada, the mountainous landscapes seen in the film correspond to different places and even two provinces. These are Iruya (Salta), Tilcara (Jujuy), Purmamarca (Jujuy) and La Cascada de Tiraxi (Jujuy).

Just as in the first half of 2022, about 30 million viewers from all over the world got to know Cordoba thanks to “Granizo”, the film of Guillermo Francella and Marcos Carnevale, in the second half of the global audience of the most popular broadcasting platform You have the opportunity to enjoy the northern landscape Brilliant.

Just as Granizo ignited the Cordovan dialect debate, it was clear from the first moment that people from Buenos Aires who pretended to be Jujuy would arouse the suspicion of the indigenous people of that province.

Disguised as a wealthy landowner, Ines Estevez plays Etelvina. Once he opens his mouth for his initial speech, one wonders if it wouldn’t have been easier to rewrite two lines and make us believe he studied in Buenos Aires.

Something similar happens with the hardened Ariel Staltari, in the skin of a brave policeman of those who frequent both sides of the law and who, moreover, have a lot of texts. Sometimes he seems to focus more on making the accent more believable than the character.

After the premiere, “Local actors knew how to live up to such production, which shows that there are raw materials in the province for the film industry,” Jujuyalmomento said.

More subtly than we showed in Córdoba when we heard the daughter of meteorologist Miguel Flores, they wrote: “The negative is the forced northern melody which they wanted to give to the actors, and the emphasis with which they apply” to everything that seems even at times too heavy, far from the real use that the people give in this part of the country.

But they chose to prioritize the opportunity the film affords local actors.” Actresses Yvonne Kisbee. Jujuy and Salta’s Laura González and Mercedes Burgos, respectively, achieve a performance that transcends the screen, particularly when dealing with complex issues such as abuse, power, death, and fighting to get what belongs to them.” .

Those who might regret what they did are parents of students from the Eduardo Casanova School in Tilcara. All scenes that were recorded with great effort were omitted in the final version due to the conflict that occurred during filming, in October 2021

While a group of parents were happy for the school to appear in the film, another sector complained about the boys being distracted by cameras and the arrival of actors.

“At Eduardo Casanova Primary School in Tilcara, the rights of girls and boys are infringed,” the headline of the statement from the dissatisfied, in which they asserted that the boys had been locked up throughout the afternoon for filming, read.

In fact, he didn’t even miss a school day. But they protested because, according to them, “All afternoon the children were in the classroom, and they were not allowed to go out to rest or use the restrooms. They were forbidden to speak and asked to maintain the ambiance. The silence necessary to continue filming.”

No one has weighed the importance of the school’s appearance in a film that has a global audience.

Yvonne Kisbe, a Jujuy teacher, plays “Luna,” an Aboriginal leader who will try to protect her community and restore her ancestral lands. Certain that the film allowed her to discover a new world, she recounted in great detail everything she had done since she found out about filming.

“The Secretary of Tourism in Tilkara promoted the “Biba” castings through my WhatsApp and Facebook states, and it appeared with my sister, who was accompanying me from the beginning”

He also said that he worked very intensely and was unaware that there was a lot of dedication behind the film.