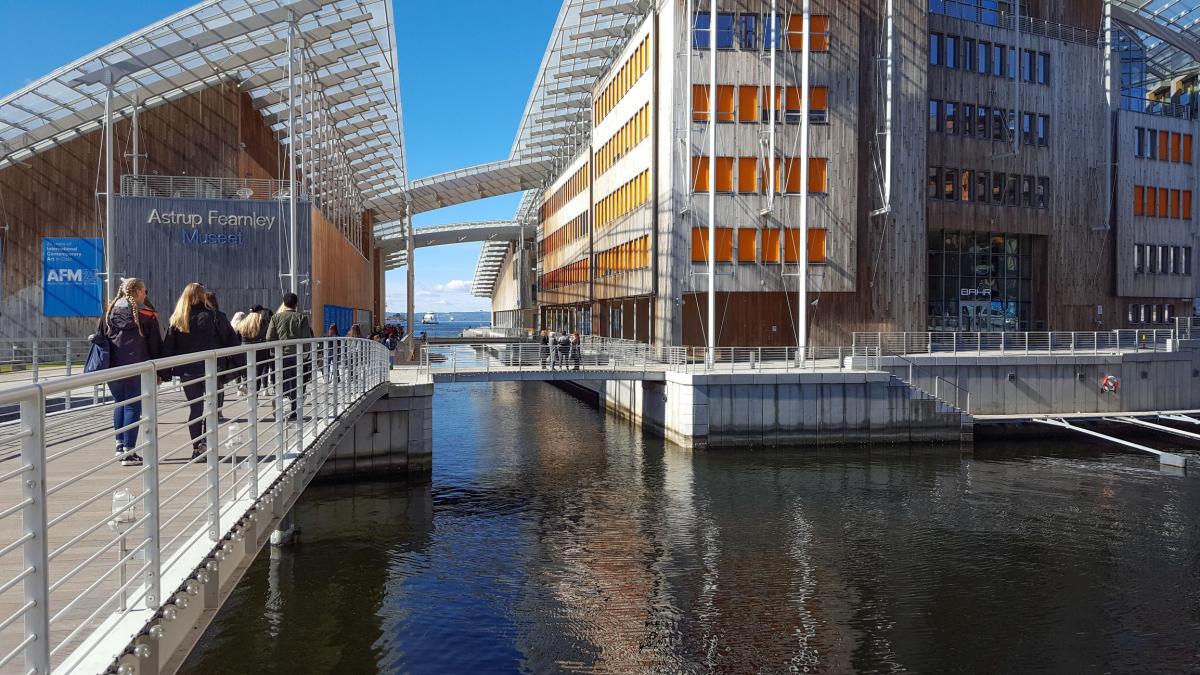 A passion for culture shines through in Oslo. In the Norwegian capital, which is pinned to the highest positions of all the ratings that measure quality of life, international artists such as Edvard Munch or Henrik Ibsen were born and created. Norway’s prosperity has generated a policy of protection and dissemination of culture that, from public libraries to large institutions, constitutes an active cultural scene throughout the country. And in Oslo, this passion for culture has become a major tourist attraction thanks to its vast collection of museums: more than fifty museums covering everything from Viking history to winter sports.

The concept of a museum has evolved a lot in recent decades, and centers are no longer just an exhibition space with a café and shop as individual complements to a visit. In addition, the most prestigious architects sign the new Oslo Museums, stitching together the urban image of the capital. To do so, they use bold geometric shapes, building on traditional Scandinavian design and using more sustainable materials, that make your visit an excellent reason to travel to the Norwegian capital.

Museums that are themselves works of art

The last Oslo facility to open its doors – it opened on June 11 – is the National Museum of Art, Architecture and Design, the largest art center in Scandinavia, which was born from the merger of four institutions. Located in the port of Oslo, one of the city’s most beautiful areas, it houses the country’s largest art collection in a two-story complex of nearly 90 rooms. More than 6,500 works – a selection from the museum’s more than 400,000 treasures – ranging from antiquity to more modern collectibles are on display.

Highlights are rooms dedicated to displaying Edvard Munch’s collection of works, including yelpthe works of Pablo Picasso, Claude Monet or Vincent Van Gogh, or what is considered the “national painting” of Norway, Winter night in the mountainsby Harald Suhlberg. In addition, a brand new gallery awaits us with an open terrace with stunning views of the city, cafés, a shop, Scandinavia’s largest art library, and an impressive space for temporary exhibitions, The Light Hall, located on the rooftop.

In October last year, Oslo welcomed the wonderful Munch Museum (Munchmuseet). Until then, the country’s most famous and distinguished artist’s work was exhibited at another Munch, which was too small for the quality and quantity of work that the author had bequeathed to the city (no less than 26,000 works in most diverse formats). The building is a true masterpiece that, along with its neighbour, the no less impressive Oslo Opera, defines the city’s urban skyline to make it one of the most impressive in the world.

Juan Herreros designed a 60-meter-high building, with two contrasting volumes and, in the upper part, a transparent facade, through which the city can be seen while walking through the rooms. It features eleven galleries and more than 26,000 square meters of exhibition space home to hundreds of Munch’s artworks – including four different editions of yelp– In addition to other artists, contemporary and contemporary of Munch.

The Tjuvholmen district is a compendium of modern architecture, vibrant amphitheatres, and the best art galleries in the country

One of Oslo’s newest urban developments, Tjuvholmen is a compendium of modern architecture, vibrant terraces – especially in those summer months when the sun doesn’t look at all – and the country’s best art galleries. It is the perfect setting for another of the most important museums in Oslo, the Astrup Fernley Museum. It is a center of contemporary art designed by Renzo Piano on land reclaimed from the sea, which houses the largest private art collection in the country, where works of contemporary art giants such as Damien Hirst and Jeff Koons and Norwegian artists, little known to a fascinating audience but with remarkable talent, such as Bjarne Melgaard .

The district of Grünnerlokka is a mica lover in Europe for its range of shops classic, quaint and quaint cafes and restaurants with sophisticated menus, multicultural richness and an excellent museum, Ibsen. What was the author’s residence, a wonderful apartment of 400 square meters with its author game house He lived between 1895 and 1906, and is divided into different rooms – from the office to the kitchen – and where you can view the permanent exhibition Henrik Ibsen: Manuscripts, personal items and other memorabilia related to the author.

Sculpture is present, and many, at the Oslo travel proposal. In fact, the most visited place in the city – with over a million people visiting each year – is the Vigeland Sculpture Park, a 32-hectare site that the city gave to sculptor Gustav Vigeland and adorned it with nearly sixty statues among them. The years 1907 and 1942. Here, hundreds of sculptures and bas-reliefs represent different aspects of the life cycle, from birth to death. Two of them stand out: Sinnataggenor “angry child”, and single The monolith is a 17-meter-high granite block with 121 interlocking carved human figures.

The other big museum in Oslo dedicated to sculpture is the Ekebergparken Sculpture Park. The park, where there are stunning views of the city and the fjord that floods it, entertains its visitors with more than 40 sculptures and installations by major international artists such as Renoir, Rodin, Dalí or, again, Hearst, as well as Norwegians such as Knut Steen or Hilde Mæhlum.

On the island of Bygdøy, in the Gulf of Oslo, is the Norwegian Folk Museum (Norsk Folkemuseum), an open-air facility with 155 historical buildings, moved from all over the country. Among them, the Gol Staff Church stands out, a wooden structure from the beginning of the 13th century, as well as all kinds of constructions: private houses, farms, schools, barns … In addition, there are exhibitions, art collections, traditions of the Sami and Lappish culture.

The Norwegian character cannot be understood without exploration and navigation. Something to understand, learn and enjoy at the Fram Museum, where the polar ship that Amundsen traveled to Antarctica (and which has carried out two other polar expeditions) and the nearby Kon-Tiki Museum are on display. This raft shows which Norwegian adventurer Thor Heyerdahl crossed the Pacific Ocean in the middle of the last century, as well as other ships he made on amazing voyages.