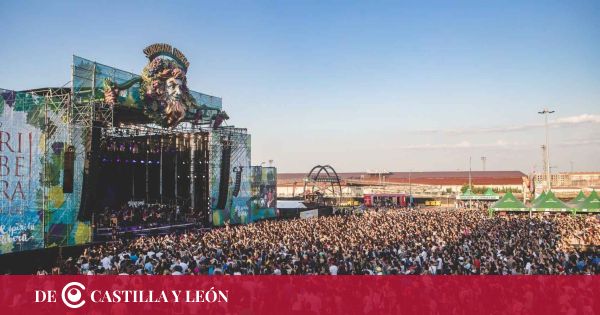 NMJ / ICAL
Aranda de Duero (Burgos) is preparing to live one of the most awaited events of summer, a new version of the Sonorama Ribera Festival, which this year celebrates its 25th anniversary, and is doing so with more enthusiasm than ever. After two years of not being able to do it normally due to the COVID-19 pandemic, the Arandino Festival is “getting back on track” and resuming its usual form. The event begins next Wednesday, August 10 and runs through Sunday, August 14.

“We are back to a somewhat strange state of normality, two years after a completely different festival. The goal is to get back on track and to normality,” says director Javier Ajingo, who is convinced that this remake will be “amazing” as the Sonorama fans are eager to return.

Ajenjo defines these 25 years in many words, including work, pride, camaraderie, effort, and music. “Sonorama Ribera entails a series of values ​​that I believe we have maintained and continue to maintain. We have made it to 25 years and it is not easy. In any field it is very difficult and even more difficult in a world where things are going so fast and so ephemeral,” as Says. For this reason, his achievement demonstrates the “solidity” of this festival, which he hopes will continue for many more years.

More than 200 artists will ascend to the eleven stages that will make up the Sonorama Ribera, including artists such as C. Secretos. and international teams that will play “practically exclusively” such as Kodalin and Future Islands. However, as Ajenjo points out, they will also have over a hundred emerging artists. “This is very important to us. The fact of being able to give chances, to be close to future talents,” he asserts, remembering that Sonorama is a festival where all styles have a place.
“There is a very wide range of ages and tastes. This is what makes Sonorama so special, as it listens to people, especially young people,” noting that 70 percent of its audience is under the age of 30.

The festival will start on Wednesday 10 August with the Festival of Traditional Costumes, where there will also be live music, by Ciudad Jara, Pavilion Alvaro, Arnao Gresso, Luis Pria, Olympia and Santero y Los Mochachos. With this concert, the venue that opened in 2019 will reopen its doors for the start of Sonorama Ribera 2022. The next day, the different stages of the release will be launched, and from the morning attendees will be able to enjoy the best music in various spaces of the city.

One of the novelties in this release is the premiere of a new stage, the Heineken Urban Theatre, an eclectic space that will host the latest rap artists such as Recycled J or Delaossa, as well as the rhythms of the new wave of pop music coming from the pole hand. Or Funzo & Baby Loud, Rusowsky’s bedroom pop or the sounds of flamenco and Latin roots fused into Queralt Lahoz songs, among many others. In the venue, you can also enjoy the humor stage.

In addition, the stages of the Aranda de Duero Center are restored, such as the Charco Stage, which brings music from different countries close to the audience, or the emblematic Plaza del Trigo, which will once again hold surprise concerts. The festival will also have a new space called “Pool Party”, a space exclusively for young people from 12 pm to 6 pm, where there will be DJs, attractions, water outlets…etc.

At the moment they have sold more than 25,000 bonds, a number whose manager asserts is a “record number”, as this number has not been reached before. “We have the best audience in the world. Our goal is to make the best festival possible, so that people leave happy, eat a lot of lamb and drink a lot of Ribera del Duero,” he says.

In fact, the 2022 Sonorama Ribera celebrates not only its 25th anniversary but also the 40th anniversary of the Ribera del Duero Denomination of Origin, with which they have been walking for 15 years. “We are very proud to have the best title in the world, Ribera del Duero. We have both grown and educated, and it is an honor for us to celebrate these years by our side”, he confirms.

One of the most disturbing aspects this summer is the fires threatening the grounds of Castilla y León, therefore, despite the fact that the festival does not take place in an area that may have problems, the protection plan has been reinforced this year, so that there is no fire problem. Similarly, Ajenjo remembers that they are within 50 meters of the fire station, which gives them “peace of mind”.
Despite this, he notes, they are concerned that areas near the Arlanza region have already suffered from these fires, and that they will do the “grain of sand” job by doing things well and “contributing to the development of our land at the level”. knowledge, which is important for the future to restore areas,” he adds.