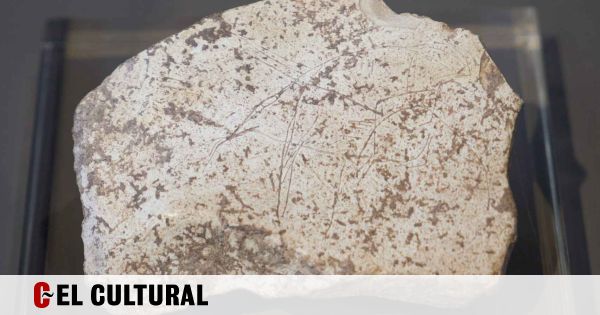 A team from the Center for Archaeological Heritage Studies of the Autonomous University of Barcelona (UAB) has found a stela dating back about 14,000 years in the Cova Gran de Santa Linea sanctuary (Avelanes-Santa Linea, Lleida). it’s about The first piece of art from the Upper Paleolithic Identified in the Catalan Pyrenees.

Specifically, researchers were able to document inscriptions on both sides: on the obverse A goat in a standing position represented by an “optical illusion”; While on the reverse, the artist reproduces a “logo” for the site, a landscape that combines the silhouette of the bunker vault and the path of St. Michael’s Stream at its feet.

The object adds to the limited collection of unique pieces from the Upper Paleolithic in Catalonia and contributes to the thought of a “new style” developed by the first groups of hunters and hunters in the north-east of the Iberian Peninsula, according to what prehistoric times had detailed. It is a statement. 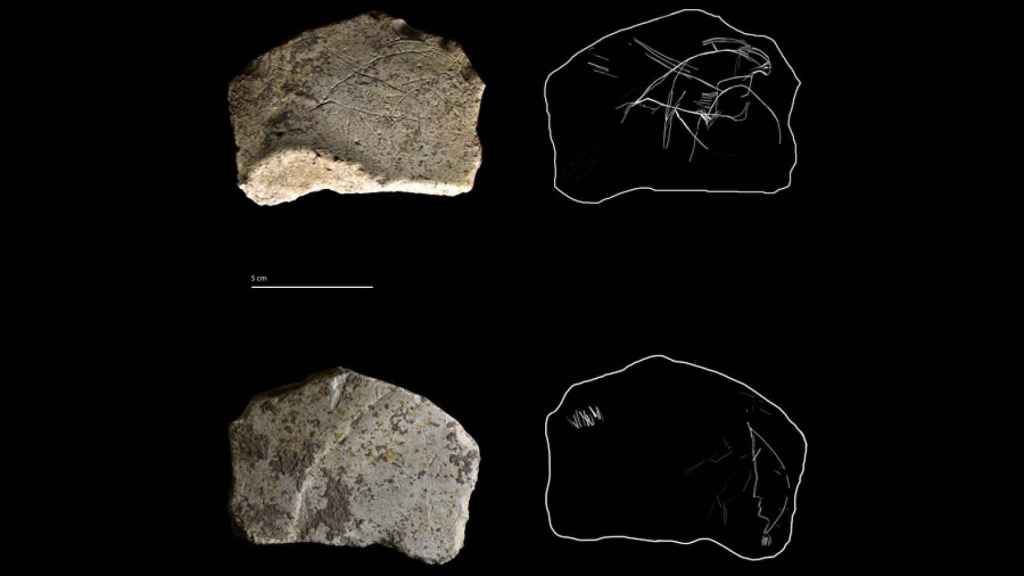 “This artistic representation defines Unique new item Which comes to add to the rich and extensive archaeological record which in the past twenty years has provided research on this site, which is key to the current development of archeology in Catalonia”, Rafael MoraCEParq Director and Professor of Prehistory at UAB, while presenting the discovery Thursday at the Museum of Lleida.

The platelet was discovered in the same excavation sector where the partial skeleton of sane man Linea, a woman from Nogueira, but in an occupation level that arose a few centuries ago. The piece appeared in the context of an organic preservation, dated by radiocarbon analysis 14,000 years ago. This new information will make it possible to compare these patterns with other platelets from other sites whose exact completion period is unknown or fixed over wider time scales.

The painting was made on limestone clay rock, a substance that does not appear in Cova Gran, so it must have been taken to the shelter. They are 11 cm long and 8 cm wide, and on the surface, the research team identified a set of intentional streaks composed of several thin and thick streaks, possibly made from one or more flint tools.

Its restoration and subsequent study, with which I collaborated Rafael Martinez Valleresearcher specializing in prehistoric art at the Valencia Institute for the Conservation, Restoration and Research of Cultural Assets in the Generalitat Valenciana (IVCR + i), made it possible to reconstruct the installations that appear on both sides, which are surprising for their simplicity and schematic nature.

The inscriptions multiply Characters with high token content For the early settlers of the northeast of the peninsula: “There are visual elements and sources with which to tell stories or identify spaces that indicate that the person or people they executed were intelligent and technically skilled, and that by combining a few lines they were able to create visualizations with content My empathy is so high that we were able to decipher it after thousands of years,” explained the researcher Jorge Martinez Moreno (CEParq-UAB). 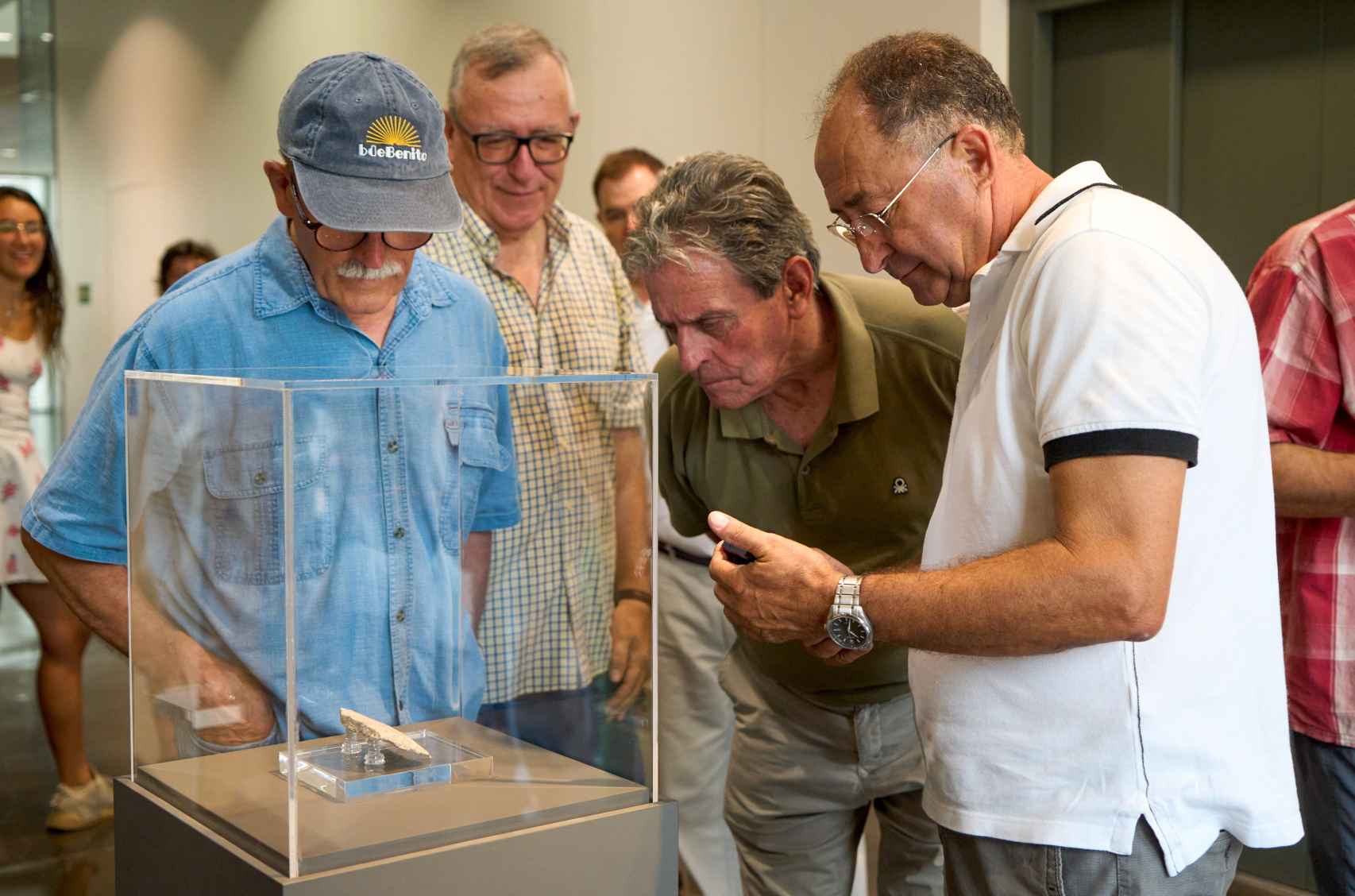 View the piece in the Museum of Lleida.

Face A shows many traces scattered across the surface of the rock, which made it difficult to read the composition it contained. However, after 3D scanning with other visual techniques, the first shape is recognized, which looks like a small face in profile on which the majestic antler is sitting.

Starting from the head, there is a thick line that designs the lines of the back and abdomen, to which are attached several appendages corresponding to the limbs. This arrangement indicates an animal at rest and identifies the large horns it displays Male bucardo, typical goat of the Pyrenees Extinct since 2000. In addition, it was possible to determine that, taking advantage of some grooves in this formation, new lines were drawn forming another shape superimposed on the previous one.

The reliefs on side B are inclined towards one of the abutment edges, leaving a deliberately large void. of a few grooves, big concave blow that at its base it is enclosed by two parallel broken lines that form what researchers consider the first landscape representation of the Cova Gran, which combines the silhouette of the bunker vault and the bed of St. Michael’s Stream at its feet.

Surprising messages emerge from the schematic shapes, which have been intentionally reduced to simple strokes, according to the research team: “The visual trick used in pocardo drawing, by superimposing two shapes, expresses Caught a movement with great skill of great uniqueness, they are rarely used in engravings on stone; And the representation of Cova Gran itself, by combining a curve and two dashed lines, recreates a landscape that is important for those people with an economy of strokes that call for the existing logo design.”

For researchers CEParq-UAB and IVCR+i, interpreting the inscriptions preserved in platelets retrieved from Cova Gran de Santa Linya has been a major challenge and “their study and other similar representations open up new avenues for exploring the art tradition of their unknown ancestors and it seems to be very rich”.

Martinez Moreno noted:Pablo PicassoThe great visionary of the new art of the twentieth century asserted that he needed a lifetime to learn to draw like children, an assertion that these seemingly simple prehistoric texts imbued with an air of modernity present in our daily lives can be traced back to the discourse of contemporary art And it is grounded in the language of comics.”